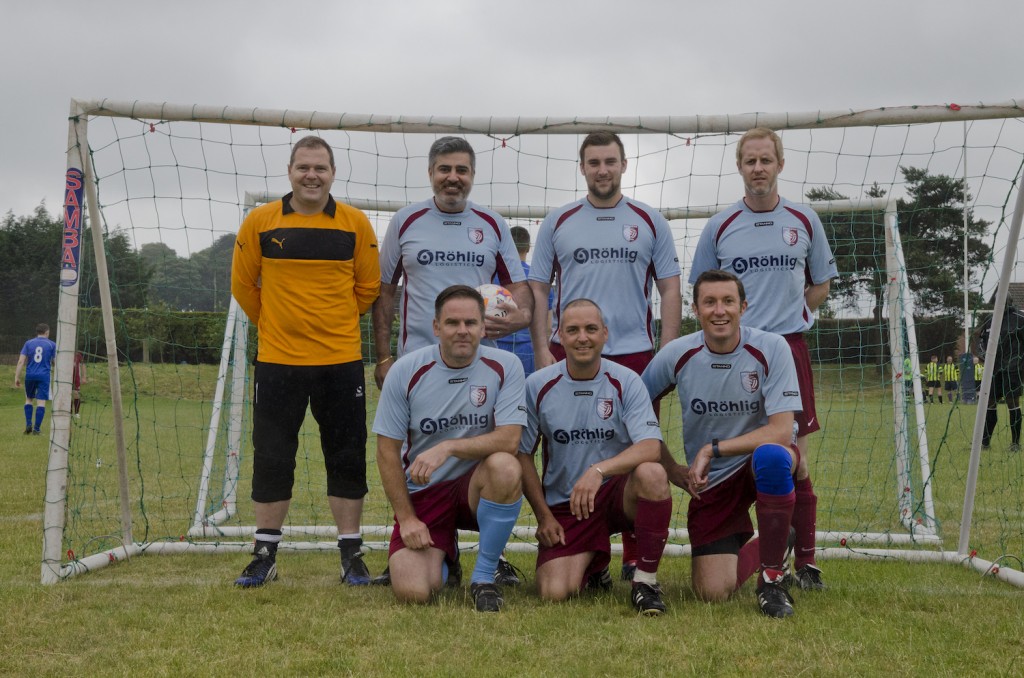 June bought about the annual Higgs & Sons charity football tournament for the guys at greenwellgleeson, pitted once again against over 40 teams from within the Midlands business community, coming together to help raise money for Higgs & Sons’ annual nominated charity. This year, over £8000 was raised for the NSPCC – another fantastic fundraising achievement from the guys over at Higgs’ & Sons.

Bringing fresh blood into the fold in the shape of Lioncourt Homes’ Finance Controller Skott Hughes would surely mean a revived challenge from the greenwellgleeson team in pushing for a place in the final 16?!

We were wrong; and although Skott’s effective marshalling of the defensive midfield position proved most useful throughout the tournament, we lacked genuine opportunities on goal to trouble any team in our group. Nonetheless, there were positives to be drawn from the games, in which the results could be called reasonably unjustified in some instances. Across the field, greenwellgleeson broke up play well – Steve Harris proving to once again be Mr Consistency throughout the event – tidying up and orchestrating right from the get go. Alongside him; Duncan Wise proved to be a very useful engine at the back, and whilst not a ballerina on two feet, definitely a Canadian Mountie.

In the middle of the park Skott Hughes and Barry Sheldon caused trouble for attacking teams whilst also offering up support to the lone striker; Karl Jones. Although the lads put up a lot of effort throughout the field, the opposing teams were more clinical in front of goal – up against an absolute fortress once again in the shape of Rob Lawton. No gaffs in 2017 was a first for “The Cat”.

After picking up 1 point in 4 games with no goals, greenwellgleeson saw this as a rather positive day – seeing to it that a couple of pints of cold lager were sunk mid-tournament – owing to a longstanding tradition.