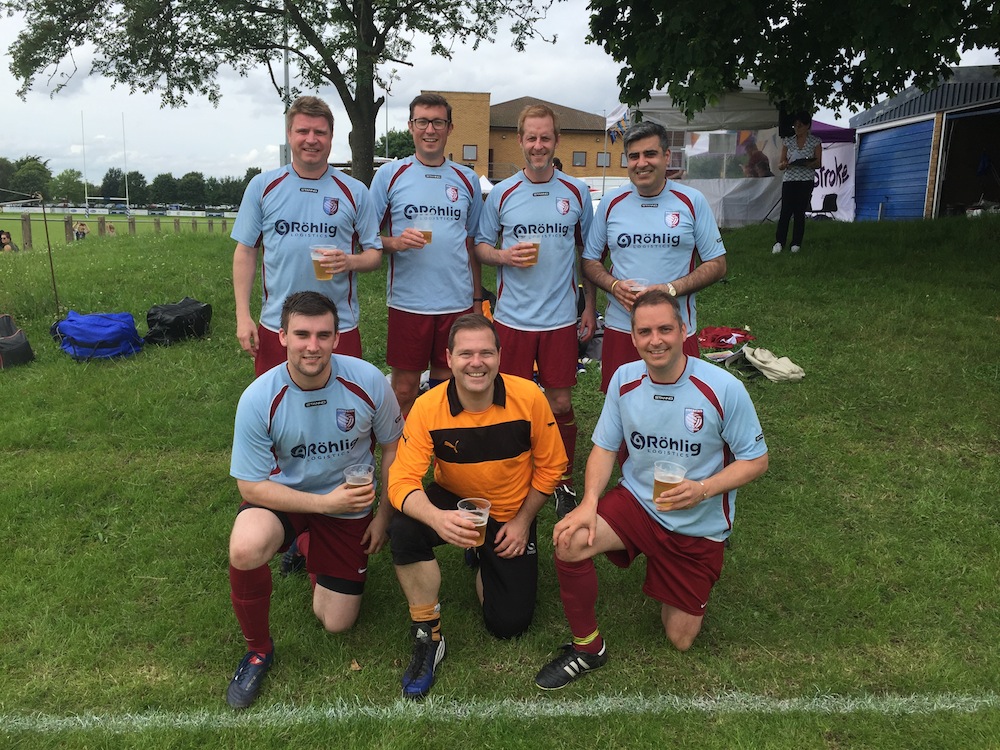 Higgs and Sons, one of the Black Country’s largest Law Firms hosted their 10th Annual Charity Football Tournament on Thursday 23rd June. Always a fantastic day out, we were pleased to receive another invitation to help Higgs and Sons, and the other 46 teams, raise money for Higgs’ 2016 chosen charity; Stroke Association.

Nonetheless we stuck true to our game plan; giving goalkeeper Rob “The Cat” Lawton plenty of game time. We showed highlights of old talents, with Lee “Sargent” Capewell displaying some nice passing, Karl “Rabona” Jones displaying a genuine lack of a left foot, and Duncan “The Engine” Wise starting every game on the bench! Managing to keep it down to 2-0 against a younger, more talented Lloyds team after the first game, the guys were still dusting off the rust until game 2 when we went 1-0 up against “Frenemy” for the day Price Pearson Kidderminster. A tidy finish by Karl Jones was nullified late in the game with the help of Rob Lawton who display some Peter Enckleman style goalkeeping.

Thereafter we suffered 1-0 defeats to hosts Higgs and Sons and our noisy neighbours Springboard Corporate Finance. A defeat to PKF Cooper Parry added to the demise of the GGLTD crew, who saw fit to reward the poor performances with a couple of well earnt Lagers pre-game 3.

Personal performances aside, the tournament was organised fantastically as always, and the fine weather topped off a brilliant day in aid of a brilliant cause. Special shout outs to Steve Harris for doing a solid job at the back, partnering Mr Capewell in what should have been one of GGLTD’s more successful defensive line ups. Other mentions to Barry Sheldon for putting in solid performances in Midfield, and to Steve Rai for displaying an exceptionally funny attempt at jumping for a header.

Until next year it seems, we are truly the team who drank more lager than points won – not a bad way to spend a mild Thursday Afternoon! We thank Higgs and Sons for the invitation, and wish Stroke Associate the very best of luck in their endeavours!