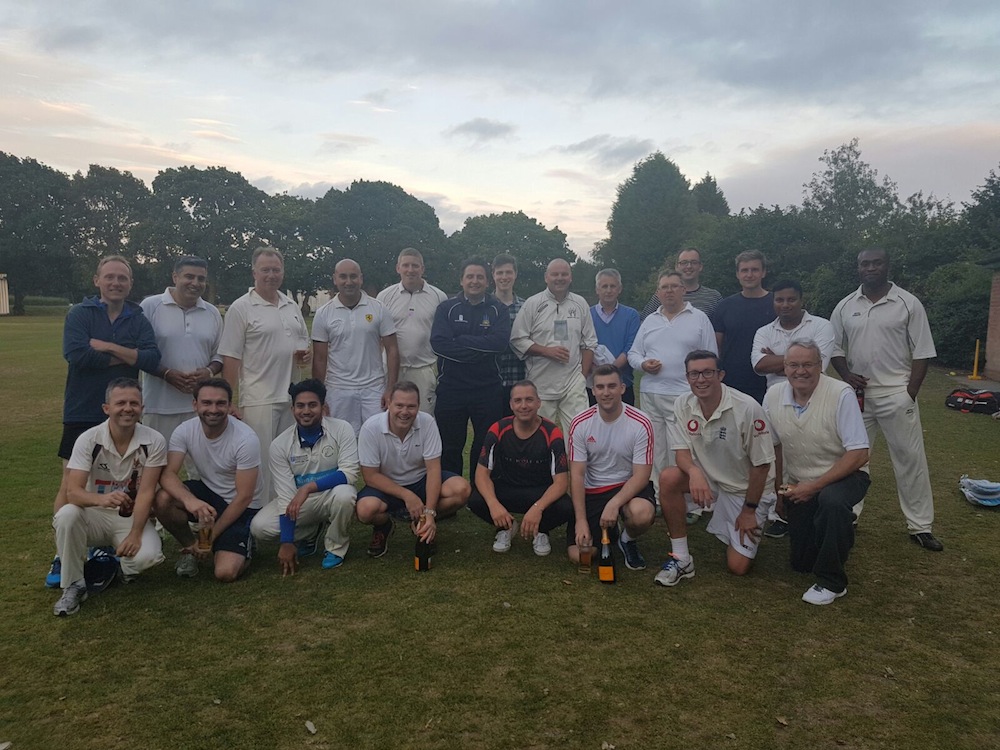 With Pakistan winning the first Test of the series against an underwhelming England back in July, the series was set up to be a tasty one. The bounce back in the 2nd test from Trevor Bayliss’ men set up a great 3rd Test down at Edgbaston at the start of August.

The first 2 days of cricket proved to be pretty straight forward, and with Pakistan in bat and comfortable, Day 3 could have gone a fair few ways. That stood true for the greenwellgleeson crew and their band of merry men and women soaking up the favourable weather on Friday 5th August.

As with all of the GG events, the beers were flowing nicely early doors after a customary breakfast sandwich. The conversation throughout the day was in full swing, and the cricket was enjoyed by both those who are avid cricket followers, and those who aren’t so cricket mad. I think the “Guest of the day” award has to go to Pimms. Once one was bought, the floodgates opened – and a combination of a traditionally Tennis-associated beverage, along with good quality cricket made for a great day of proper “English hospitality”.

Following the success at the World Class cricket level, we decided to try and emulate the talents of the paid professional, in our very own, and very first; greenwellgleeson T20 Breeze.

Two evenly matched teams, Gowers’s Flight Crew and Flintoff’s Pedalow Fleet faced off at the MCC – Moseley Cricket Club. The match proved very competitive with the result decided in the last over. Gower’s flight crew came out on top marshalled superbly by the man of mysterious spin (so mysterious that it is invisible) Steve ‘Abdul Qadir’ Rai. The losing captain can only have himself to blame. Karl Jones revisited his younger childhood ‘dropping two balls’.

The top scorer managed a top score of 42 runs – huge congratulations to Mr W Ides. There is a joke in there!

Everyone had a great time, enjoying some good competitive cricket, where comedy moments where never more than an over away!

The Duncan Wise ‘Bostik ball’, which would not leave his hand… repeatedly

The Suicidal run –  The classical batting of  Aaron Baker cut cruelly short  by taking on Rob ‘the cat’ Lawton behind the stumps.

Further wicket keeping excellence from Max Totney, earning the one Champagne moment, with arguably catch of his life, removing Mr Yeates as an opening batsman after he gloved one behind, the Max caught upside down in front of close first slip.

Ian ‘Holy’ Priest for his undefeated knock and wicket!

Mark ‘Gordon Banks’ Jones for his two great stops at third man in the same over ensuring the required run rate stayed high in the closing stages.

Clive ‘Broady ’ Broadhurst who played despite a broken foot and did his best to break other bones whilst cartwheeling in the deep.

Two hamstring tears. Steve Rai on the boundary saving a certain 4 at the death & Burhan setting off for a run at the start of innings. Burhan manfully continued to bat and actually got much quicker between the wickets ….with the help of Will Copeland acting as runner.

Huge wooden spoon to Batsman-cum-batsman again, and again – Kevin Hodgetts, who successfully managed to face 4 balls, giving his wicket away twice in one innings!

A final special mention to umpire Vincent Flynn, who executed his duties with the utmost professionalism – to be fair the good gentleman, he would duly announce when he’d taken a bribe, with controversial wides being bowled and no signal from the umpire.

All in all everybody contributed to the day, and enjoyed a fantastic Barbeque ran by Paul and Nina with the help of greenwellgleeson’s controversial paparazzi; Jacob Wooderson – who successfully invaded the pitch a fair bit, to get eye wateringly close action shots of the game.

You can see photographic evidence of the mishaps and master classes below at: http://bit.ly/2bnJYzj