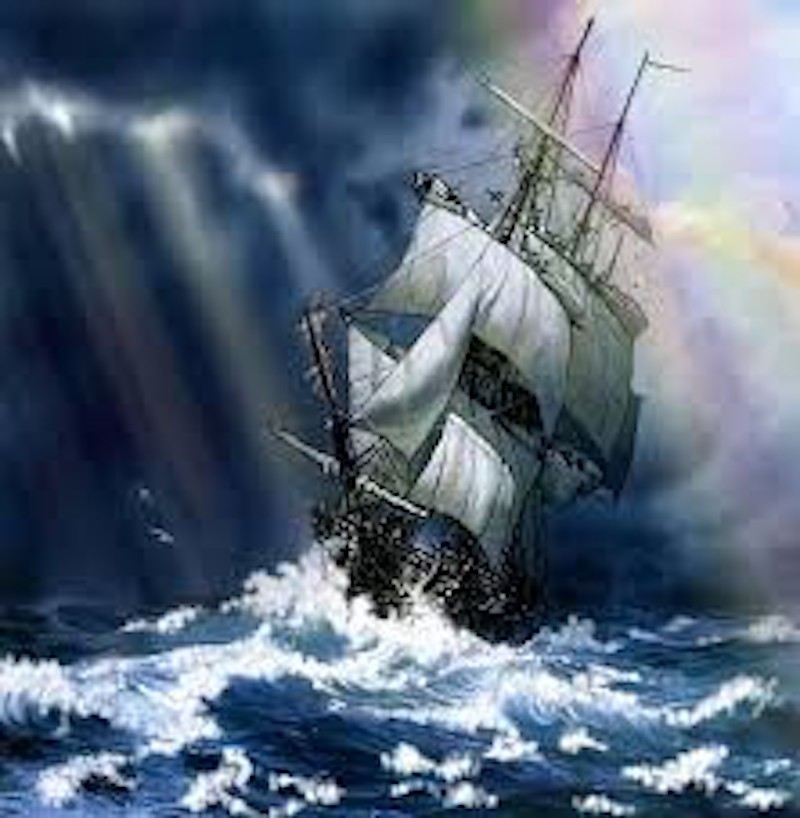 Today The Captain of HMS Greenwell Gleeson told his crew mates a yarn in their morning briefing.

There was a ship in the eye of the most brutal storm. It had temporarily lost some ship mates in a JRS lifebaot. Other vessels around them were equally in trouble. The size and ferocity of the storm was unprecedented in its size and intensity. Shipmates were from time to time scared and worried the ship might capsize

Fortunately the captain was at the wheel of the same ship in another big storm in 2008. Some of the crew members are the same, some newer shipmates and not there in 2008. The captain successfully took those crew members to sunnier climbs back in 2008. The journey took a few years and it was long and arduous but he knew what needed to be done.

All he knew was to forget tomorrow in terms what will the island looks like, where it exactly is, how long it will take and forget what fruit they’ll eat when they reach the island. His job is to make sure the ship gets out of the storm and head towards where he believes the island was located.

To do so there was little time for discussion or theory, or over consideration for the crews emotional welfare. That was secondary to survival. The captain initially had to look at the maps to set an initial course. He set the direction and told everyone to row. He expected / needed everyone to row as fast and hard as they could in unison whilst he continually checked to ensure the ship was in sufficient good shape to survive.  His view was they are in the same boat and all equally wanted to survive and therefore should not need pushing to row as fast as then can. Equally given it is about survival he did not concern himself as much as he would have in normal times about congratulating them on the effort they are putting in. It was all about rowing as fast and hard as they could in the same direction, the diretion set by The Captain. If one person rows slower they were not as effective. A consistent high pace was critical to survival.

The captain knew they cannot row fast enough. Harder, harder, he thinks and tells them, row harder. The crew were tired and the Captain, whilst understanding, just needed them to keep rowing. Once the ship was physically (financially) safe, and the course set, the captain joined his fellow shipmates to start rowing. He knew he must lead and pick the pace up and drive them to greater levels even though they were tired. There was no choice to get out of the storm.

During the first part of the journey the crew at times struggled with the Captain’s more direct approach, constant pushing and him keeping tabs on how many times they were rowing. They were not used to the level of control in sunnier times and felt he was not giving them enough credit for their efforts and did not give enough information on what was happening and where they were going. Some from time to time got frustrated by his lack of gratitude and control he exerted and in the background would have a whinge about him. When that happened it weakened morale and the ship risked not leaving the storm. The captain realised morale was low and stopped rowing to sit down with his crew mates to listen to their frustrations. The captain listened and accepted he could have been more supportive. He took time to tell them where they were headed and the likely rocks ahead but to him it was a case of him setting a direction and expecting all crew members to just row their hearts out.

They start to leave the storm and the ship has such momentum is can keep sailing towards the island with the crew not having to row so hard. They must keep rowing though but at some stage they were able to take breaks. But if they reduced the pace too much the storm would almost certainly catch them up. The journey may ultimately take 2 or 3 years.

When they got out of the storm the Captain knew there won’t be as many other boats left and there would be less people to share the food with on the island. How many shipmates reach the island with the Captain was uncertain. He hoped to bring back as many crew members to the island who were put into the JRS life boat.

Eventually, happily, the crew reach the island & clambered to safety. As they sat on the beach eating food, heartily drinking rum, singing and dancing to merry songs they took stock, looked back and realised what they were capable of individually and collectively. They were never the same. Their rowing technique was much better and the trust that existed between all of the crew and Captain was unbreakable. The way they rowed would stay with them forever. The captain wary of the storm returning would always keep an eye on the health of the ship and ensure crew members were doing there jobs they needed to do wherever they may be based. Sometimes they were able to work from under the palm trees and were free to do so because they were trusted and self disciplined to work without the captain next to them.

Going forward on future journeys the crew were united as they knew they got through the storm together and whatever storm they faced in the future they would get through it again. It was unlikely anyone would want to leave the ship’s crew for a long-time because they knew they belonged to one of the best ships sailing the seas.

He finishes his yarn by reminding them that there can only be one captain in a storm, and that he wouldn’t leave the ship until the safety of the island had been reached.

One day he sits back in his hammock with a big glass of rum and smiles. He raises a glass to his shipmates as he knew he would never have got to safety without the support of a fabulous crew.

Guys our phones are our Oars!