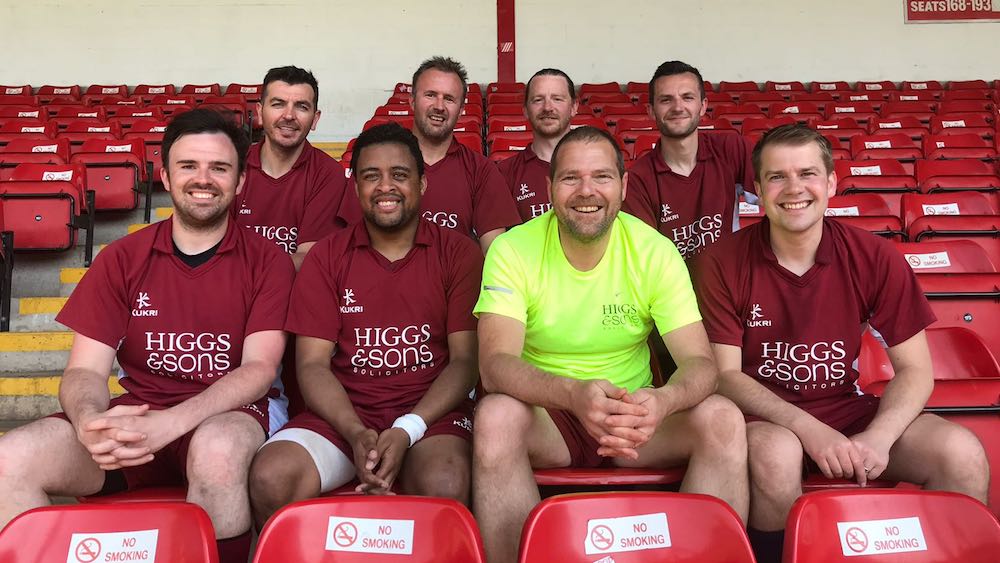 After years of mediocrity and consistent failure playing in goal for GG (sounds familiar to anyone supporting both Wolves and England) Rob was overjoyed to get a dream transfer ( albeit on a loan basis) to play with the boys at Higgs & Sons.

A sunny and warm afternoon – is there any other type of day this summer – was the back drop to Rob ‘running out’ at The Bescott Stadium , home to Walsall FC, and participate in Baldwins Accountants football Tournament.

After a series of tight matches and no goals conceded we went in to the last pool game with real ambitions of making the finals. Alas a 5-nil drubbing ensured we were back washed and changed before the water ran cold. Despite this Rob would like to thank Higgs for the invite and he thoroughly enjoyed the afternoon with a top bunch of lads!