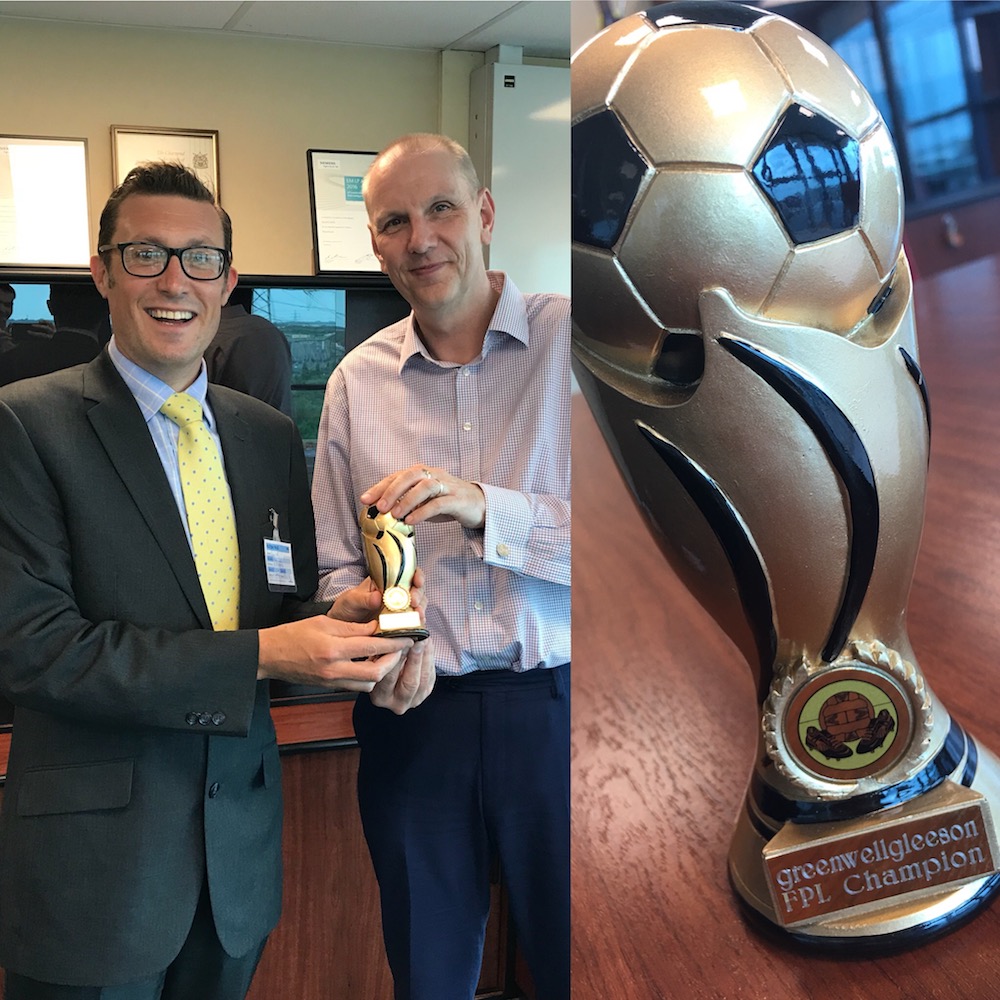 So the FPL 17/18 season finished in May and the winner (see pic) was Rob Peters from Electrium and he was the inaugural winner of the GG Trophy (to be retained for 10 months). Rob does have pedigree in the competition as he has won previously and generally there or thereabouts. Andy McKeon was a close second and he had probably spent most weeks at the top of the table.

There were several spot prize winners throughout the season which meant that everyone had a chance to win something.

We will be running the competition again as soon as the season starts (keep an eye on LinkedIn for the code) and we would like more people to enter and try and knock Rob off his perch.